LEIGH GRIFFITHS believes the Celtic fans will be expecting him to keep up his good run and score against Aberdeen at Parkhead this afternoon.

The lively frontman claimed his 14th goal of the season in the 2-1 League Cup quarter-final win over Hearts at Tynecastle on Wednesday.

He also scored in the 2-1 defeat from the Dons at Pittodrie in September which took Derek McInnes’ side to the top of the table, but after a dismal run, the Hoops have turned that around and can go seven points ahead if they win today’s 12.30pm showdown.

Griffiths agreed with the suggestion that he is in the best form of his career – “I would say so” – as he looked to add to his tally and keep the home fans happy.

The 25-year-old frontman said: “I think the fans expect me to score, but as long as I can play well, contribute to the team and help them get three points, then I’m not really fussed who gets the goals. 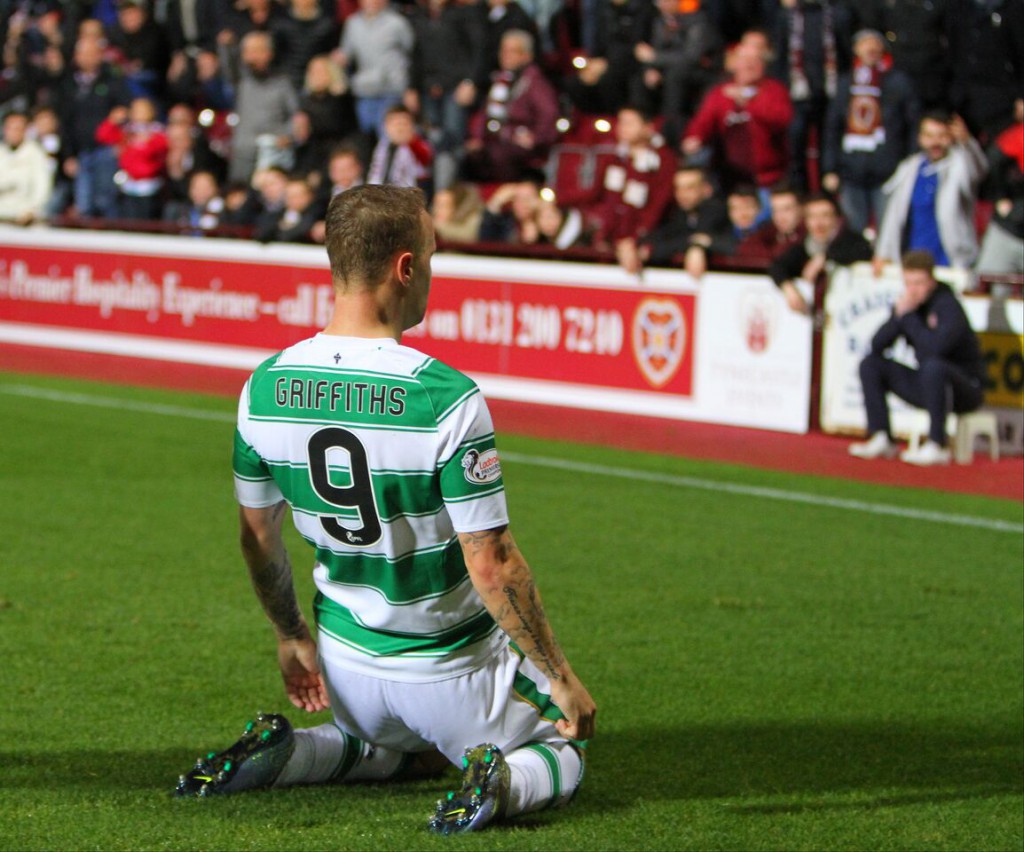 “But a striker thrives on goals and I’m scoring goals, but also playing well and every game I go into I’m looking to score goals.

“The strikers at Celtic are expected to score goals.

“I have scored 14 so far and I want to hit the 20 mark as quickly as possible and when I step on that park I am feeling that I am going to score in every game.

“It might not happen, but as long as I am contributing to the team I am happy.”

Griffiths believes Celtic will be on a revenge mission against the Dons who, despite being down to 10 men after having Jonny Hayes sent off in their last meeting, scored a dramatic late winner through defender Paul Quinn.

The Scotland international forward said: “They will be coming down here to make it two in two against us this season, but the boys are wanting revenge for what happened at Pittodrie.

“We were disappointed to lose the goal in the last five minutes. but Aberdeen are a good team.

“They will be trying to challenge us for the rest of the season, but we have to create as big a gap as possible and seven points is a big gap.

“But there’s still a long way to go and if we can make it seven points before we play Molde on Thursday then it will be a great achievement for us.”