Celtic Quick News on News Now
You are at:Home»Latest News»GRIFFITHS CAP CALL
By CQN Magazine on 8th March 2016 Latest News
GORDON STRACHAN is poised to name his Scotland squad for this month’s forthcoming friendlies against the Czech Republic and Denmark.
The former Celtic boss is planning ahead to the World Cup qualifiers and Hoops striker Leigh Griffiths will be given an opportunity to stake his claim. 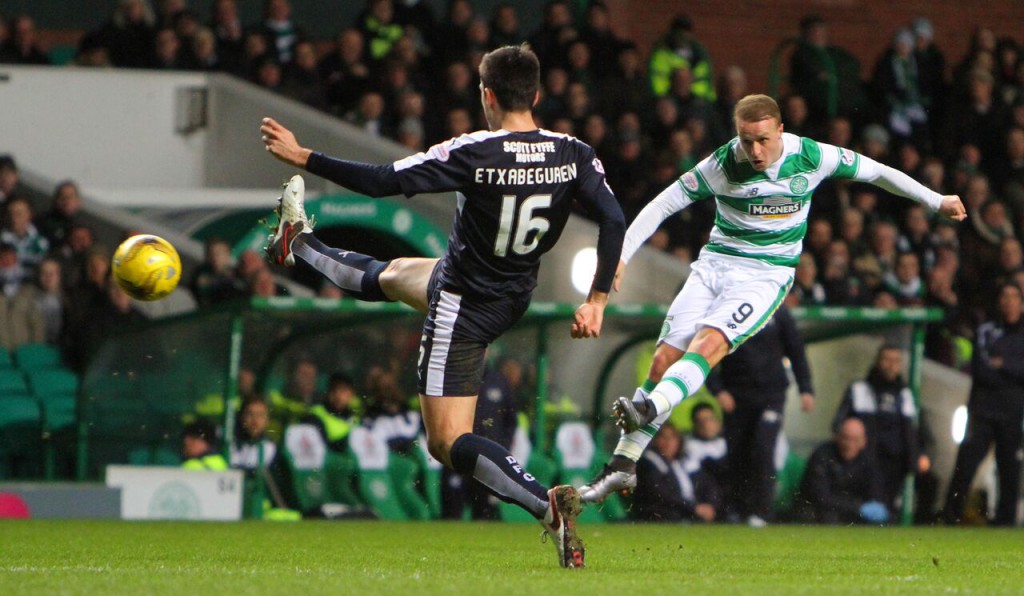 Thirty-four goals this season have pushed the frontman into the thoughts of Strachan and even team boss Ronny Deila revealed he has been surprised by the ex-Livingston, Dundee, Hibs and Wolves star.

He said: “I always felt that he would be able to hit the 30-goal-a-season mark.
“But he really turned things around. His whole attitude and approach is different and he has had his rewards for that.

“He has surprised me, but his ability has not been a surprise. I am pleased for him.

“Leigh has done it at every level for us this season. The next step is do it for his country. It benefits us if he goes and plays at that level too.

“Every player who experiences international football is playing at the highest level possible.

“It develops your all-round play, your thinking, your approach and we want players who are at that level.”