Celtic Quick News on News Now
You are at:Home»Latest News»‘I’M READY FOR ENGLAND – THANKS TO PADDY AND SCOTT,’ TIERNEY
By CQN Magazine on 1st June 2017 Latest News
CELTIC warrior Kieran Tierney admits he is not worried about facing Raheem Sterling in Scotland’s World Cup qualifier against England a week on Saturday.
The teenage left-back has declared himself fit for the crucial Hampden clash, despite suffering extensive facial damage in the the 2-1 Scottish Cup Final victory over Aberdeen at the weekend.
Tierney will almost certainly be in direct opposition to either £50million Manchester City winger Sterling or £25million Liverpool ace Adam Lallana, depending on whether he plays at left or right back.

Neither star holds any fears for the tenacious young Celt.

Tierney insists he has learned a thing or two after facing two of the best English wingers in the game on a daily basis at training at Lennoxtown, Patrick Roberts and Scott Sinclair. 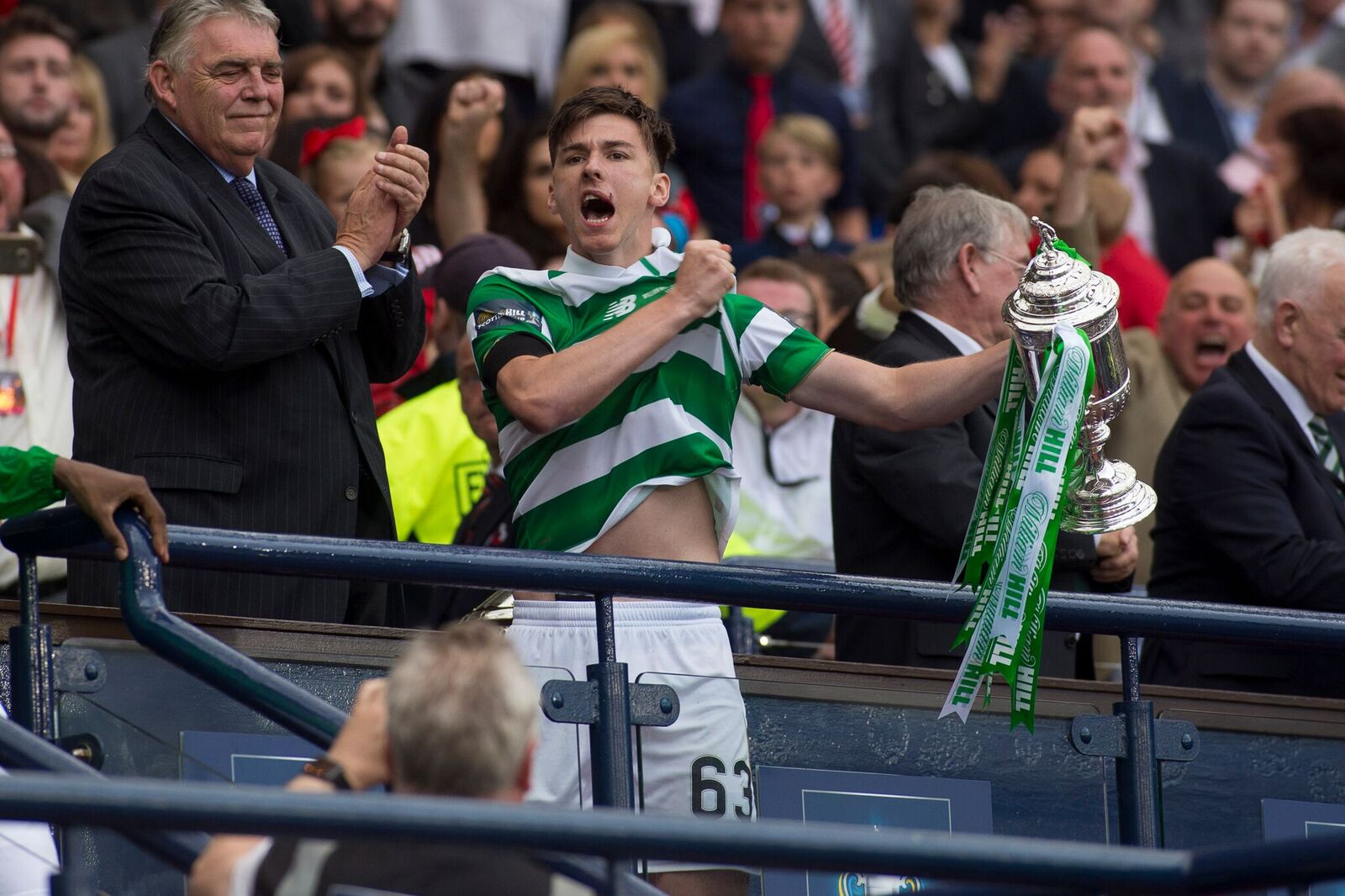 He reckons that those duels with his team-mates have been ideal preparation for the match against Gareth Southgate’s outfit.

The defender has already squared up to Sterling when both players scored in the memorable 3-3 Champions League group stage draw between the Hoops and Manchester City in September.

Tierney said: “You always look forward to challenging yourself against the best players.

“Raheem Sterling is a world-class player and when I played against him that night at Celtic Park it was a good battle.

“That’s what makes you a better player, testing yourself against players of that quality.

“At Celtic, I do it in training against Paddy Roberts and Scott Sinclair – they are the best, as well.

“Training against these guys every day makes me a better player.

“It’s really good preparation for these type of games when you training against the likes of Paddy.

“He’s brilliant. I don’t think he likes playing up against me because I end up just kicking him!

“No, you can see in the last few weeks that Paddy has been in the form of his life. He is a top player.

“The last time I went with Scotland, I didn’t know I was going to be playing right-back.

“I just thought there were too many left-backs and that I’d been moved across in training to make up a team. When I was told I’d be playing there, I was delighted to be starting, but it was a surprise to be on the other side. It was the first time I’d done that.

“As a player, it helps you to develop when you experience different positions.

“Versatility is a thing some managers look at, so it’s good.”
ORDER your VVV t-shirt now, our tribute to Brendan Rodgers. You can check out the design below. Get yours exclusively from CQNBookstore.com