ARTUR BORIC was hit by a Celtic whirlwind in the Hoops fans’ favourite’s last hurrah at the age of 42 tonight.

The veteran keeper was taking his final bow after a colourful career at club and country level – and Ange Postecoglou’s side made sure he was kept busy before his retirement.

The champions swept down on the Poles right from the start and were two goals ahead at the interval. Amazingly, they also hit the woodwork THREE times as well as passing up two excellent chances that really should have been put away. 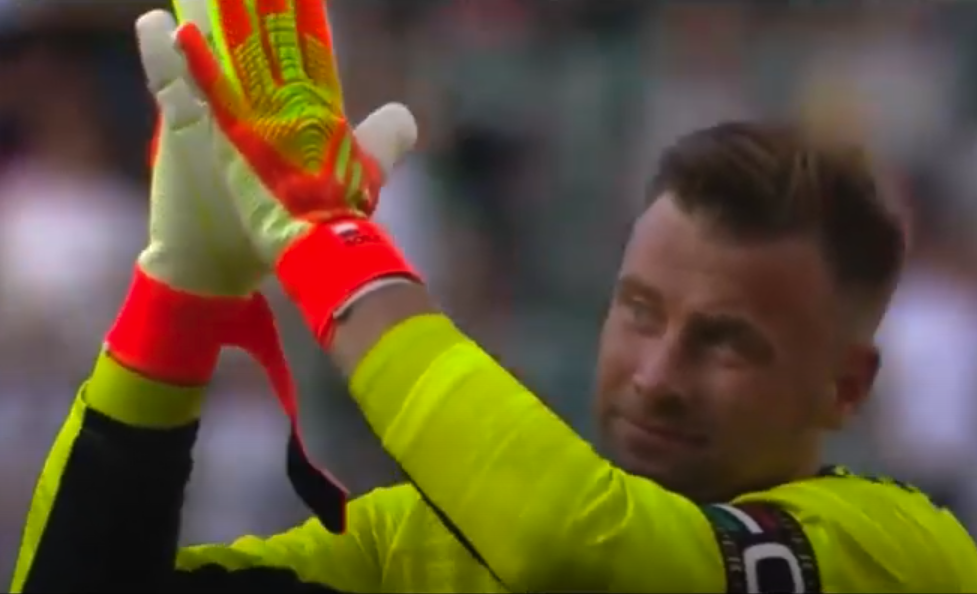 Boruc, captaining the home side, was left helpless in the 20th minute when the visitors went ahead with an exquisite goal.

Callum McGregor picked out Reo Hatate with an astute ball forward that dropped perfectly for the midfielder to hit first-time on the drop.

The netminder was eliminated as the ball soared over his head into the inviting net after a sublime touch from the Japanese international.

Boruc had no chance, either, two minutes from the turnaround when Daizen Maeda finished a sweet move by accepting a pass from countryman Hatate to slide a shot low past the exposed keeper at his right-hand side. 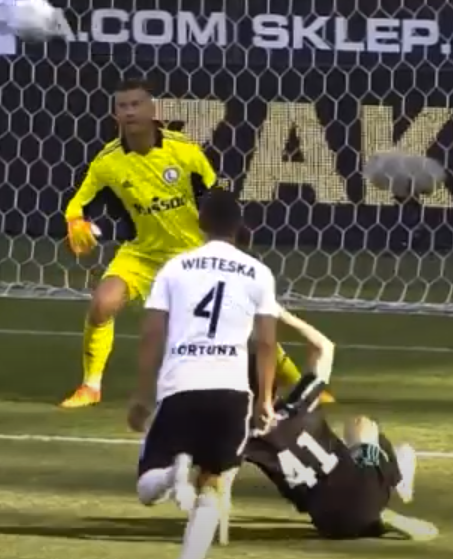 NUMBER ONE…Reo Hatate’s effort is on its way into the net past the helpless Artur Boruc.

Earlier, the Hoops icon had breathed a sigh of relief when James Forrest set up Matt O’Riley and his shot flicked off the left-hand post and bounced past.

Moments later, McGregor tried his luck from long range and once again the shotstopper was motionless as the ball hit the same woodwork and flashed wide.

O’Riley completed an unwanted hat-trick of knocking on wood when a neat glance from a right-wing cross from Athony Ralston rebounded from the opposite upright and ricocheted back into the arms of the grateful Boruc. 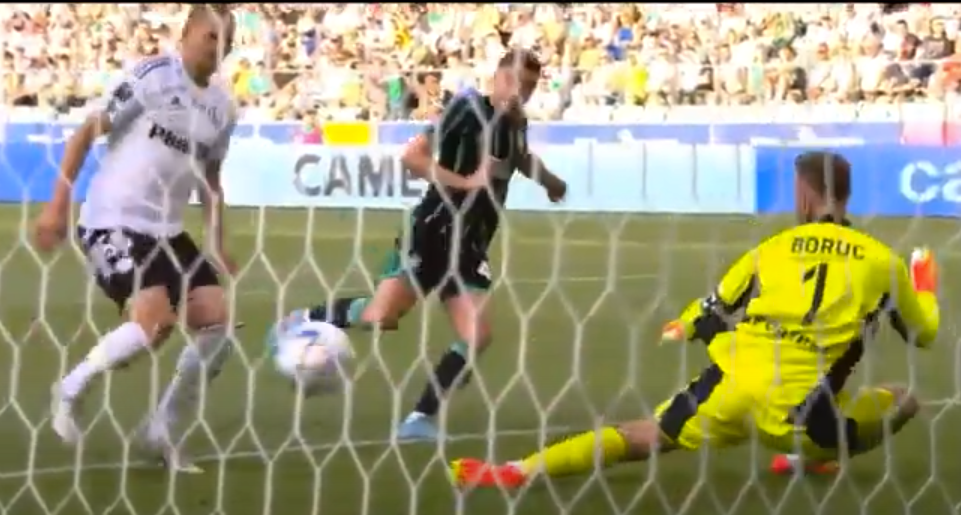 On top of that, Forrest should have opened the scoring in the 14th minute when he was left in the clear following a superb pass from O’Riley. Unfortunately, the winger lacked composure and his finishing effort took a touch off Boruc’s outretched left leg on its way past the post.

Maeda, too, should have scored when he intercepted a loose pass across the Polish penalty area, but he missed the target with just the keeper to beat. 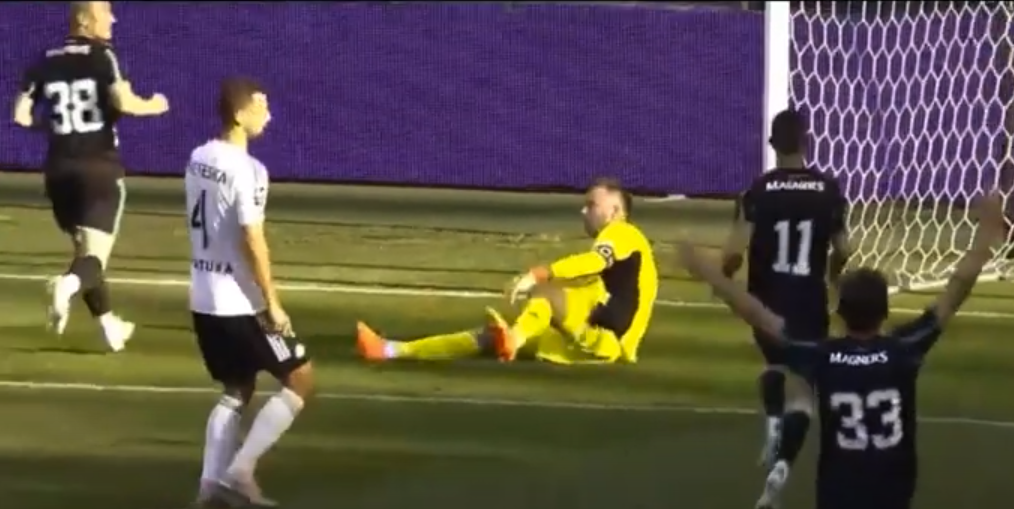 NUMBER TWO…Daizen Maeda races away in triumph after leaving Artur Boruc without a chance.

Boruc also remained indoors after half-time and his place was taken by Kasper Tobiaz. Amazingly, within a minute the new shotstopper set up a goal for the Poles.

He cut out a left-wing cross from Maeda and lofted a long ball downfield. It looked as though Macie Rosolek pushed Cameron Carter-Vickers while the ball was in flight, but the referee saw no infringement.

The striker was allowed to carry on with the Celt stuggling for pace and he whipped a low shot wide of the stranded Bain. 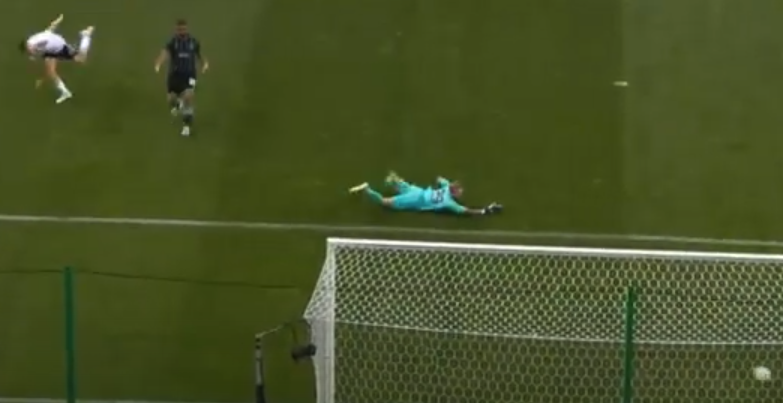 THE EQUALISER…Scott Bain is beaten again by Portiguese midfielder Josue.

Just before the hour mark, skipper McGregor, Carter-Vickers and Maeda were withdrawn with James McCarthy, Christopher Jullien and MikeyJohnston being introduced. Intriguingly, the captain’s armband was passed to sub keeper Bain, who, it must be said, looked less than convincing during his 45 minutes in which he elected to try to punch everything that dropped into his box.

And the stand-in shotstopper was picking the ball from his net again when Legia equalised in the 65th minute. Portuguese midfielder Josue was given too much time on the edge of the box by Turnbull when a low ball was delivered from the left.

His crisp low shot saw Bain scrambling across his line as it found the right-hand corner of the net.

However, it was Boruc’s night and the curtain came down with the personality goalie taking a final bow as the game came to a close.

Thanks for the memories, Artur!