LEIGH GRIFFITHS is ready to shoot down Hearts in next month’s Betfred League Cup semi-final – but he reckons Celtic will have to be at their best to overcome the Edinburgh outfit.

The trophy holders, going for the hat-trick under Brendan Rodgers’ reign, had to rely on the Scotland international hitman for the only goal of a tense encounter against St Johnstone at McDiarmid Park to book their place in the last four of the competition.

The Hoops have already lost to Craig Levein’s side at Tynecastle this season and Griffiths is anticipating another difficult confrontation.

Celtic’s 103-goal forward said: “Hearts will be a difficult game. They’re doing well and they’re top of the league.

“They’ve shown why they’re top of the league because they’re a good side. At Hampden, we’ll always show our quality and we’ll need to bring our ‘A’ game to get into the Final.” 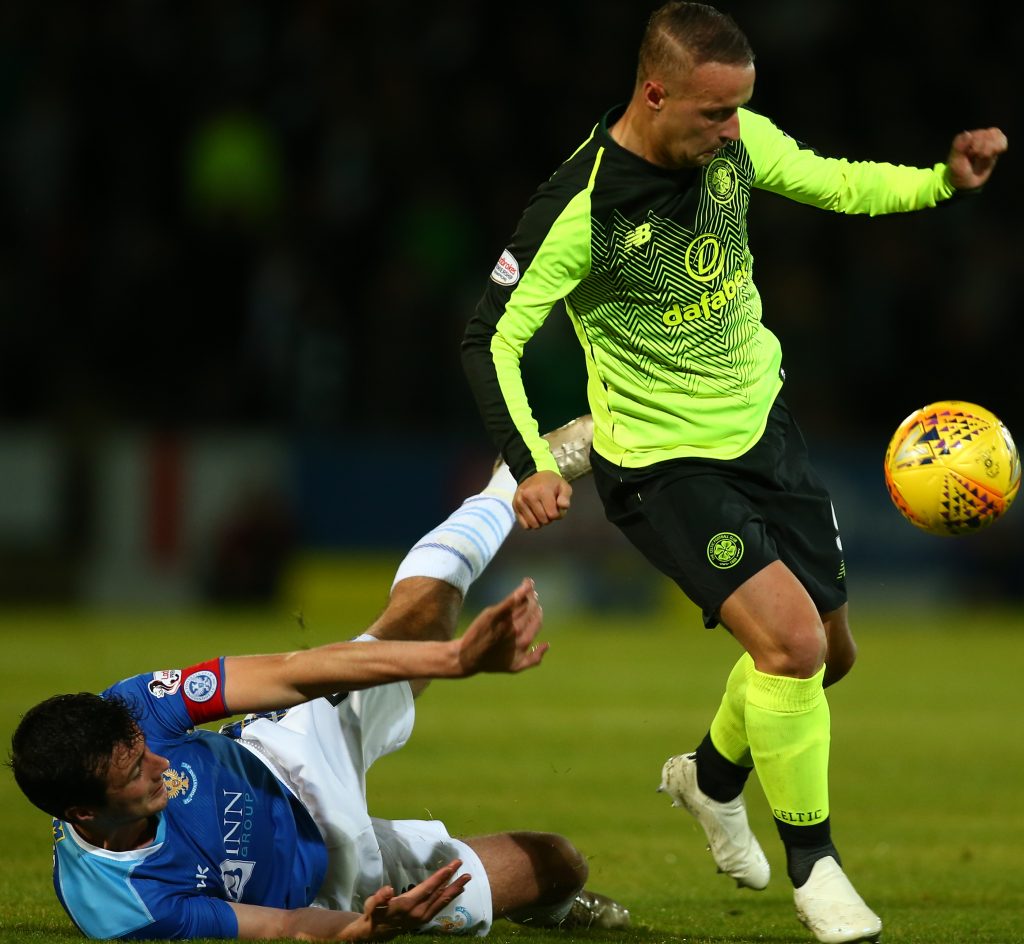 Reflecting on last night’s victory in Perth, Griffiths added: “It’s always nice to win. We created a lot of chances, and we needed to put them away. But we got the win, that’s the most important thing and now we’re into the next round.

“In Cup competition, the most important thing is to get in the hat for the next round, even if you don’t play well.

“As a striker, you’re going to miss chances, but you need to be there to miss them. I just need to keep plugging away and when more chances come my way I need to try and take them.

“I should have got couple more, but, thankfully, we got the win and we go up the road happy.

“I’ll miss chances all the time, but I’ll be in the right place to miss them. As a striker, you’re going to be judged on goals and as long as I’m putting the ball in the back of the net I’m doing my job.”