MARVIN COMPPER has hit the training ground running after finally catching up with his new Celtic team-mates in Dubai.

The former RB Leipzig defender sealed his £1million Hoops deal last month, but the paperwork was only officially signed off on January 1.

Compper, 32, has now jetted out to the Middle East along with the rest of Brendan Rodgers’ squad for their winter training camp.

He said: “Everything is going good and I’m very glad to get started with the team. 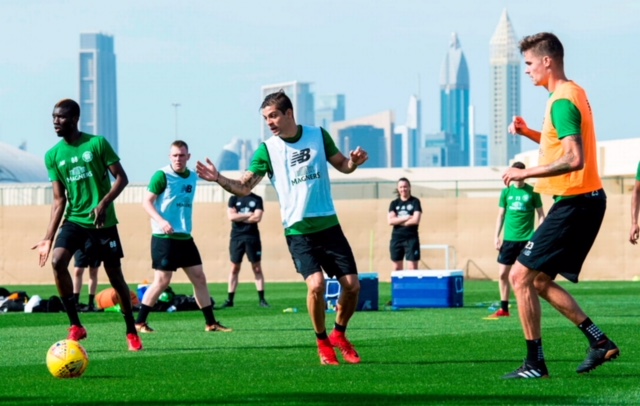 “It’s been a busy few days, but I’m happy I’m now with the guys.

“I’ve seen quite a lot of the team, two matches at Celtic Park and I got a good impression of the squad.

“I’ve been waiting for this moment where I could join up with my team-mates as our winter break back in Germany started on December 17, so I’ve had a couple of weeks off.

“But I couldn’t wait to get going.

“The boys are fantastic and it’s an easy bunch to join in with.

“My first training session here was intense, but these kind of sessions are the best as during the season there is no time for it. Now we can work on the details.

“So, it’s been a nice introduction and now we will go on from here.”