Celtic Quick News on News Now
You are at:Home»Latest News»NEW BOY’S WORK IN PROGRESS
By CQN Magazine on 19th May 2021 Latest News

DAVID TURNBULL is happy to play the waiting game after Steve Clarke included him in his Euro Finals squad today, as CQN reported.

The Celtic midfielder is thrilled to make the step up from the Under-21 side and is willing to work and learn as Scotland prepared for their first major finals in 23 years.

Craig Brown was the international gaffer who last led the nation to a football extravaganza when the Scots made it through to the World Cup Finals in France in 1998.

Turnbull, who arrived in a £2.75million switch from Motherwell in the summer, was happy to bide his time before making the big Hoops breakthrough with a five-star performance and winning goal in the 3-2 Europa League Group H success over French cracks Lille in December. 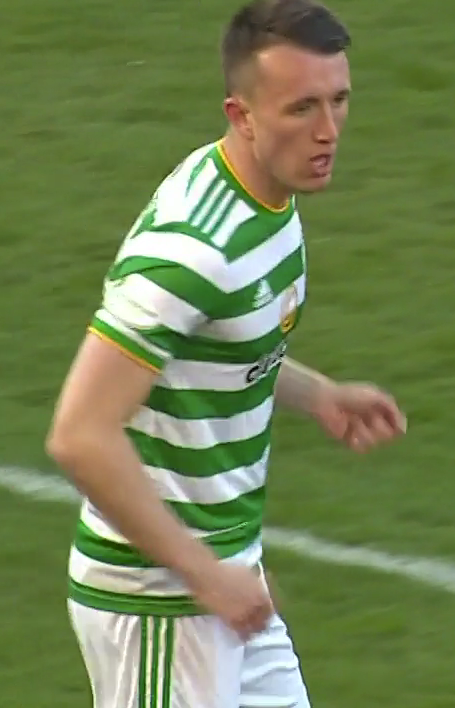 WAITING GAME…David Turnbull is poised to play it cool.

The 21-year-old playmaker, speaking to the club website, said: “It’s a dream for every young boy growing up through the youth academies in Scotland and it’s always a dream to play for your national team. I’ve been lucky enough to do it on a few occasions with the youth teams and it’ll be good to do it with the big team now.

“It will be great to meet up with the boys and do my best in training and we’ll see where it takes me. I’m not expecting anything, I’m just going there to work as hard as I can.

“The rest is down to the management and the coaching staff to put their faith in me and I’ll respect their decision.”

The Scots kick off the Euros with a game against the Czech Republic at Hampden on Monday afternoon, June 14.