The Ivorian, who cost Neil Lennon £2million when he arrived from Israeli outfit Bnei Yehuda in January 2020, was left out of the Hoops’ 10-day training camp in Austria in an attempt to sort out his immediate future, according to a report in the Scottish Sun on Sunday.

Soro has dropped down the pecking order at the club after kicking off last season with four successive first-team appearances before fading from the picture. 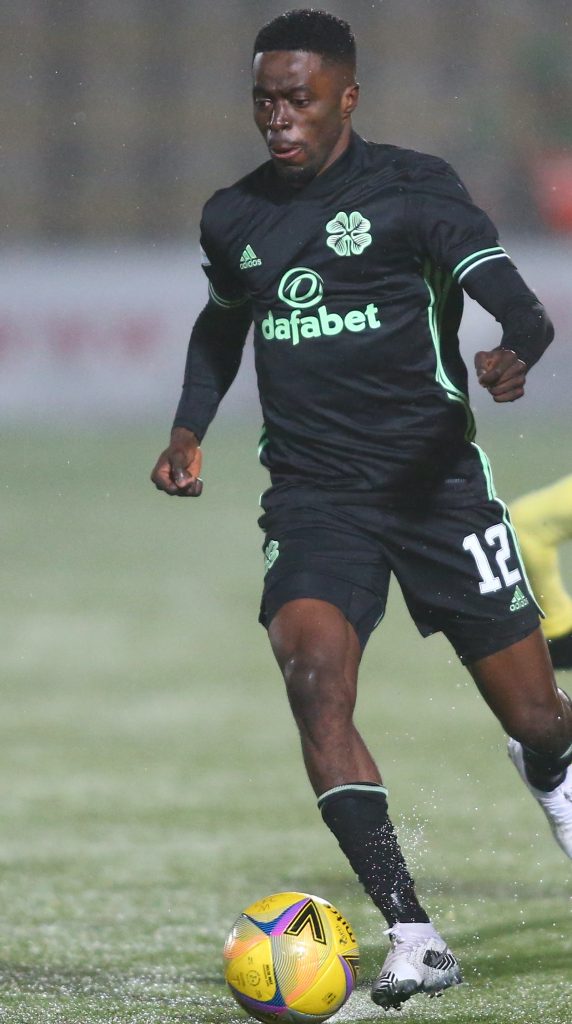 ON THE MOVE…Ismaila Soro is on his way to Portugal.

Dutch club Fortuna Sittard were linked with the tenacious enforcer at the turn of the year and Serbian club Partizan Belgrade have also been credited with an interest in recent weeks, but the player, who still has two years to run on his Hoops contract, has sealed his switch to Portugal.

FC Arouca confirmed the move in a club tweet that stated: “Ismaila Soro, defensive midfielder and Ivorian international, is the latest addition to FC Arouca!

“The midfielder arrives in Portugal after winning the Scottish championship.”

Soro added: “Arouca is very good for me, for my career and for my development, but for that I have to work a lot from day one.”

Remarkably, he is the THIRD middle-of-the-park performer to leave Parkhead since the completion of last season with Aussie playmaker Tom Rogic and Israeli anchorman Nir Bitton moving on after making their final appearances in the 6-0 win over Motherwell on May 14.