ANGE POSTECOGLOU praised his Celtic players for completing a memorable campaign with a flourish in their six-goal romp against Motherwell.

The Hoops made certain of the title in midweek when they achieved the required point in the 1-1 draw with Dundee United at Tannadice.

However, the team wanted to put on a show for the 60,000 fans at sold-out Parkhead yesterday and produced another stylish performance with doubles from Kyogo Furuhashi and Giorgos Giakoumakis and singles from David Turnbull and Filipe Jota.

It was a devastating display from the champions who were celebrating their tenth crown in 11 years after last season’s hiccup. 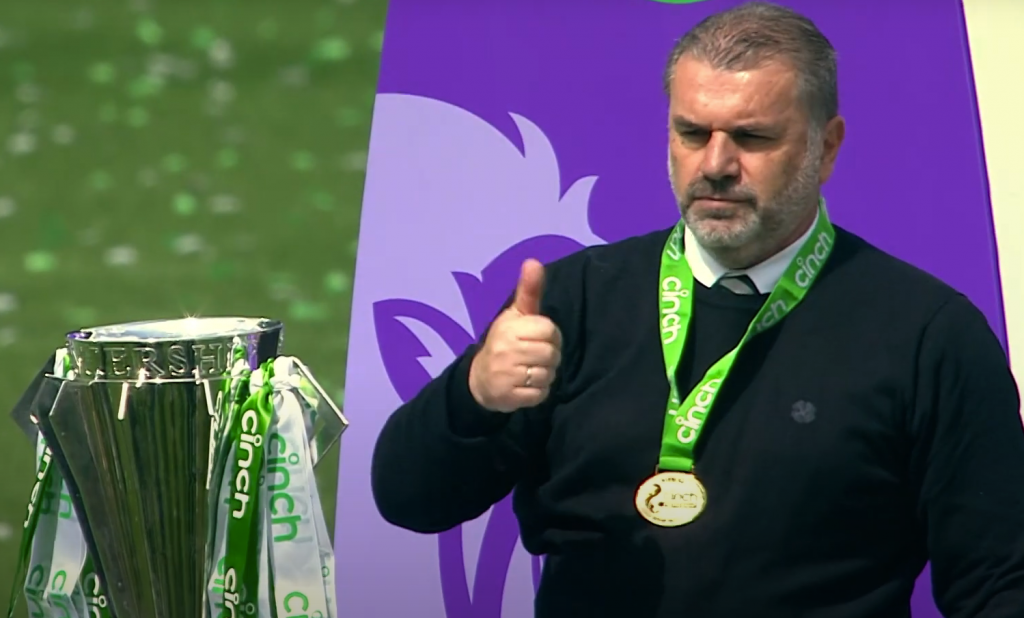 TITLE THUMB’S UP…Ange Postecoglou celebrates with the Premiership prize after an incredible campaign.

A beaming Postecoglou said: “We won the league on Wednesday night, but the players and staff didn’t feel like the job was done. We wanted to finish it off in the right way.

“Every week I challenge them. I say to them: ‘Let’s make today our best game of the year.’

“It doesn’t always happen, but you go in with that intent.

“When I think about how this group produced a performance like that – when for all intents and purposes they didn’t have to – it makes me very proud.

“I look around and see the joy it brings people, the players, the fans, people who work for this club. I take enormous pride out of that.” 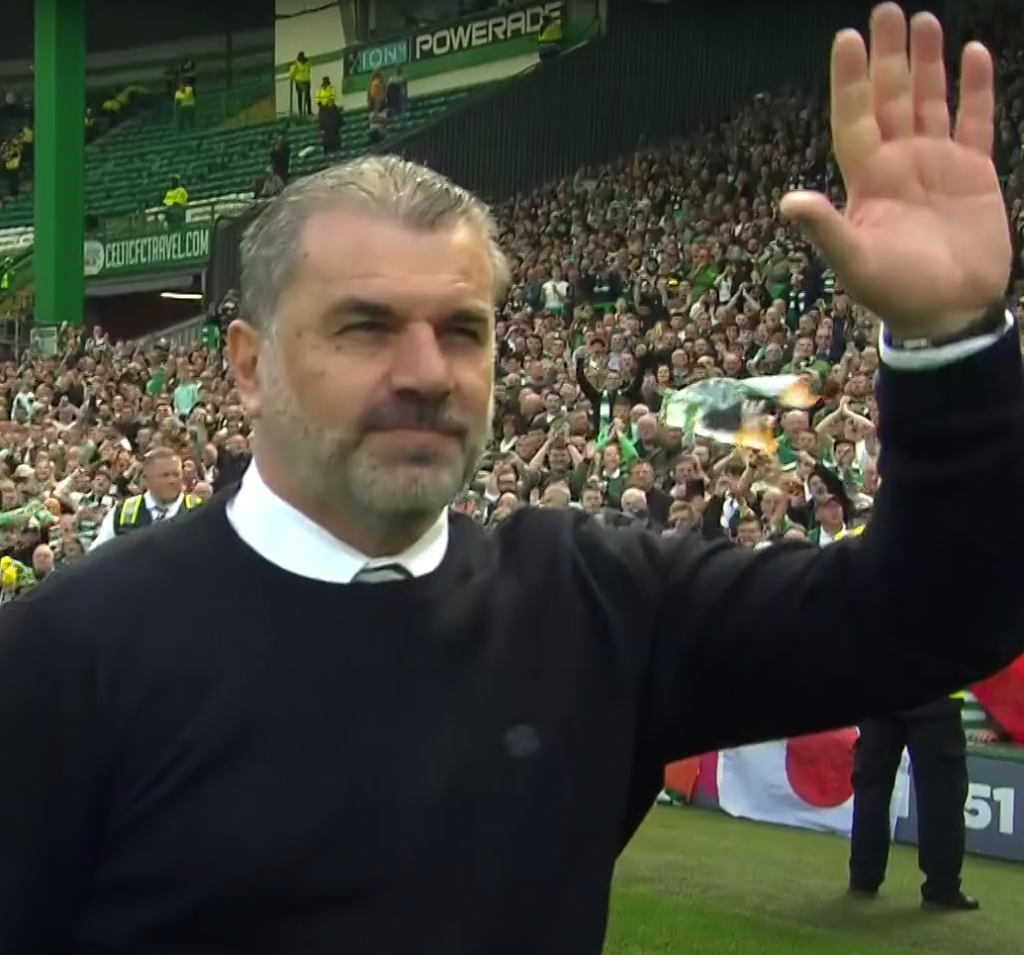 The Greek-Australian gaffer, speaking to the Sunday Mail, added: “There is no secret to what I do. I tell the players every day that the magic happens out there through sheer hard work.

“It’s sweat and tears and pushing yourself all the time.

“It is easy to say, but to be willing to do it on a daily basis, that’s the only way you can make something special.

“This group has done that.

“They have been committed to a cause and we wanted to play our football a certain way.

“We have stuck to that and it was our road map to success this season.” 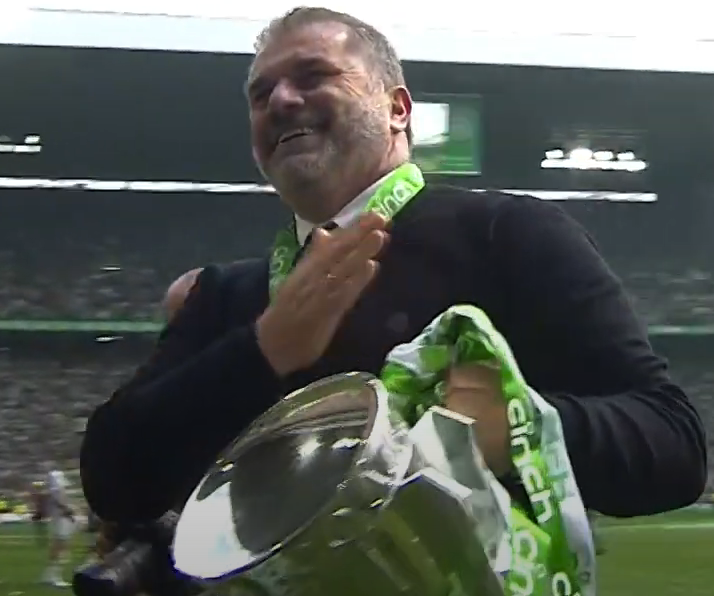 PARADISE…Ange Postecoglou and the silverware at Parkhead yesterday.

Celtic moved to the top of the league for the first time in a year and a half when they thrashed Giovanni von Bronckhorst’s side 3-0 in the east end of Glasgow on February 2 – and they did not relinquish pole position from then until the end of the campaign.

It speaks volumes for the gritty determination of the manager and his set of players.

Bring on the new season!