VASILIS BARKAS will NOT be the answer to Celtic’s No.1 problem.

That’s the damning verdict of former goal hero Chris Sutton who insists the Greek keeper does not possess the quality to rise to the challenges that are ahead in a crucial new campaign.

Barkas struggled from practically day one of his Hoops career after becoming the most expensive netminder in the club’s history when he arrived from AEK Athens. His unconvincing displays opened the door for Scott Bain and Connor Hazard to make a string of appearances in a wretched campaign for the club as they endured a first trophyless term in 11 years.

Sutton reckons Ange Postecoglou’s decision to make Albian Ajeti the skipper for his first game, the 3-1 midweek win over Sheffield Wednesday, was an an expert piece of managing and will act as a boost for the Swiss striker who arrived in a £5million deal from West Ham in the summer, but contributed a meagre six goals in a poor debut season.

HOOPS OOPS…Vasilis Barkas experiences that sinking feeling as he concedes another goal.

The one-time England international striker put the dodgy duo under the microscope and said: “While I feel there might be a chance for Ajeti to turn things around, I just don’t see it when it comes to the ex-AEK Athens keeper.

“Maybe I’m wrong, but it seems easier to integrate and rejuvenate an outfield player than a goalie. The position of goalkeeper feels different. It’s isolated.

“You can’t hide behind team-mates if you’re not up to it and Barkas was unable to show anything to convince last season.

“It became a standing joke, but it was basically true that he never made a proper save in any of his games and some of the goals that were lost were, to say the least, dubious.

“For me, Barkas is too far gone. Same goes for Scott Bain. The pair of them just don’t strike as having the ability or the stature to the main Celtic No.1.

“To be honest, for both of their sakes, I hope one of them proves me wrong.

“I hope, for example, Barkas can step out from the slumber of last term and prove why Celtic paid £5million for him.

“However, it’s more a case of hope than expectation, in my eyes.

“Ajeti might be in the right position to kickstart his Celtic career and provide the goals for Postecoglou.

“But, hand on heart, I’m not sure Barkas is the one to keep them out at the other end.” 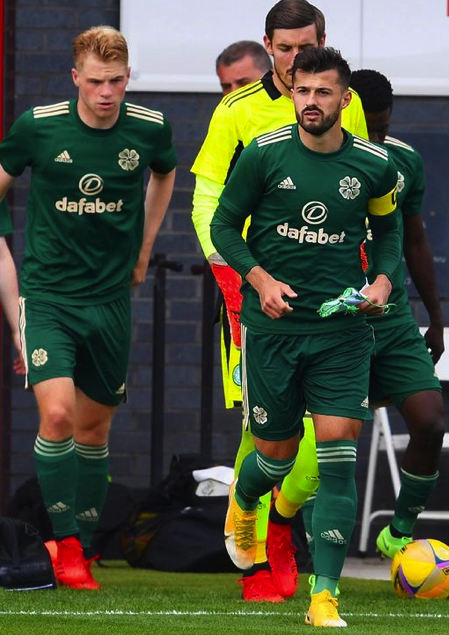 I’M IN CHARGE…Albian Ajeti leads out the Celtic team for the first time against Sheffield Wednesday.

Sutton continued: “Ajeti must have been stunned when he was handed the Celtic armband the other day. But that’s the type of creative thinking needed by Ange Postecoglou at the beginning of his reign.

“With the Champions League qualifier against Midtjylland coming up in 10 days, the Aussie needs to find quick answers.

“One thing he must do is get more out of some of the boys who underperformed last season. Ajeti started well enough before virtually disappearing off the radar, whereas Barkas never got started. They are two expensive signings Postecoglou needs to get a tune out of – and fast.

“He can’t have passengers and he needs to get people like the Swiss striker on his side and playing to full potential.

“Dishing out the captain’s armband to Ajeti for the day looks like a shrewd move and a clever throw of a dice.

“If the player needed a sign that he was wanted and he was loved by the new boss, that was the perfect way to show it.

“For all Postecoglou knows, due to transfer business and off-pitch scenarios, Ajeti might be his main striker shortly until others arrive and the gaffer needs to find ways to get him firing.” 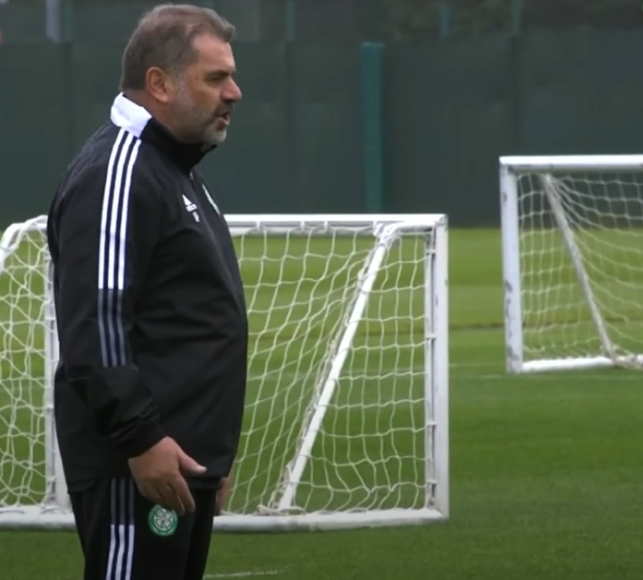 WATCHFUL GAZE…Ange Postecoglou looks and learns on the training ground.

Sutton made an illuminating comparison between Ajeti and one of his new team-mates following his move to Parkhead from Chelsea in the summer of 2000.

The media pundit, speaking to the Daily Record, added: “When I arrived at Celtic, Stiliyan Petrov had just been through his first season at Celtic and it did not go well for him or the team.

“He was finding it tough to adjust to life and the game in Scotland and he was miles from his best form, even being used at right-back for some games.

“But Martin O’Neill walked in the door, saw something in Stan and lit his fire.

“It doesn’t take me to tell Celtic supporters how that worked out. Very quickly, Stiliyan became a key player for us and that was down to the confidence and belief placed into him by Martin.

“Managers can do and say the right things to obtain a response. If Postecoglou can do for Ajeti what Martin did for Stiliyan, that £5million may not turn out to be
cash wasted.”